Lost and Found of Pulkovo Airport.

When passengers check in their suitcases it often happens that these suitcases do not arrive to the destination on time and sometimes even get lost. The main task of lost and found department of Pulkovo Airport is to find it and return to the owners. 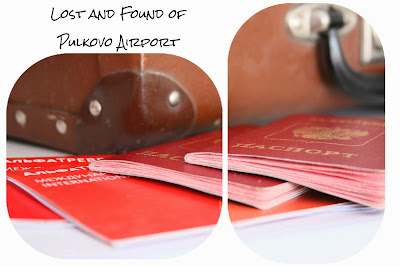 In most cases baggage does not get lost but is just left behind the passenger. Most often transit passengers’ belongings remain behind. Airlines fight for the clients reducing time gaps between connection flights. Often it happens so that the passenger manages to take the plane while his baggage does not. Then, it is sent to the destination with the next flight.

It is very easy for Pulkovo Airport employees to find such baggage. There is an international baggage tracing system Worldtracer with some 400 users, e.g. airports and airlines. It collects information on all misrouted, lost and found belongings. Pulkovo Airport officers can employees the baggage by the number of baggage tag and then tell the passenger when his suitcase arrives to the airport. If baggage tag tears off suitcase stays at the departure airport. Bad weather, strikes and even natural disasters add to work of lost and found department of Pulkovo Airport.

Hot Summer
This summer employees of lost and found department of Pulkovo Airport have faced an enormous amount of work when number of lost suitcases increased by 30-40% mainly due to considerable growth of passenger flow. But the main problem was failures of baggage handling system that happen in all big airports from time to time. For example, this summer Sheremetyevo International Airport has faced a large problem with baggage handling system when it stopped sorting the baggage. At that time about 500 passengers arrived to Pulkovo Airport without their baggage.

In order to avoid similar problems at St. Petersburg airport automatic baggage handling system of the newly constructed terminal is being intensively tested at the moment.

Baggage system of Pulkovo Airport is kind of a big merry-go-round. All the baggage coming from check-in desks is collected in one place where baggage tag readers sort suitcases on the belts. Employee standing by the belt checks that the suitcase goes to the proper belt and sends it to the cart. On this “merry-go-round” in Pulkovo Airport baggage goes through five examination levels!

Every passenger can secure himself against baggage loss. Lost and found department employees strongly recommend passengers to equip their suitcases with tags with name, address and phone number. If baggage gets lost, it will be very easy to find its owner.

By the Way
Lost and found department of Pulkovo Airport does not only trace the baggage but also organizes baggage delivery. Moreover, employees are responsible for the left baggage office and for the storage room where they keep things found on the territory of the airport.

Join Us in Social Networks!
Now you have a chance to get up-to-date information concerning the airport and its services.
Just choose the most appropriate network, e.g. Facebook, Vkontakte, Twitter, LiveJournal
or YouTube:

Pages are updated very often and no questions will be left without answers.
Автор: Pulkovo Airport на 22:23